Gentherm first reached out to Media Genesis in 2004 to create an updated and enhanced website.

Since then, Media Genesis has worked with Gentherm on different brand, strategy, and web development campaigns. With an increased focused on social media marketing and its’ influence on the industry, Gentherm came to MG to update their social media strategy.

Previously, Gentherm’s social media only featured aggregated content from news sources. There were also discrepancies in logo use and cover photos throughout their social channels. 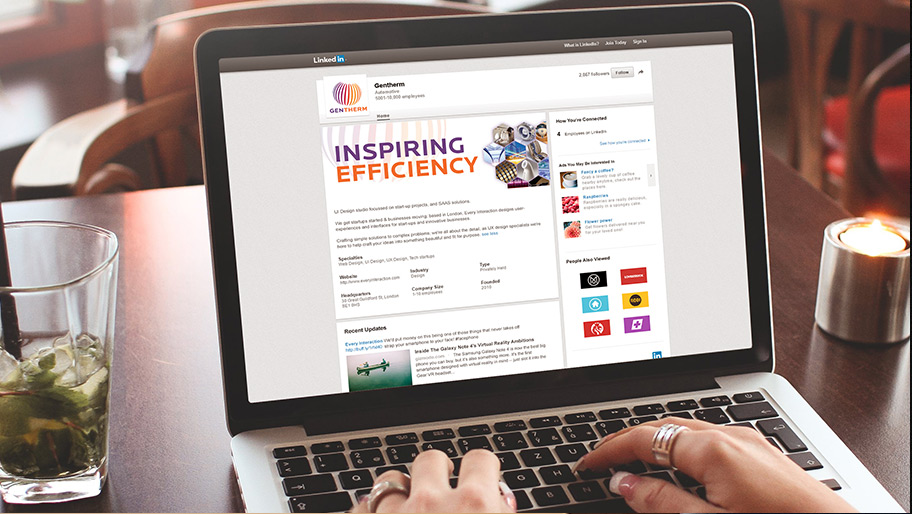 In an attempt to create a concise brand across Gentherm’s Facebook, Twitter, LinkedIn, and Google+ accounts, we chose one logo to use across all the platforms. MG also created a banner that incorporated different images of Gentherm’s technologies and their tagline, Inspiring Efficiency.

We also helped them change their content strategy by implementing best practices for social media. Each post now is published with an image and, more often than not, a link. We also helped promote a more organic method of posting with original content, images, and designs that would inspire more engagement from users. On Twitter, we promoted the use of hashtags to join a social conversation and helped increase engagement with users.

Since we implemented the changes to Gentherm’s social media channels, their following and engagement has grown exponentially. We continue to consult with Gentherm and help them with their social media posts and profiles.