For anyone who’s been on the internet in the past 20 years or so, hacks are not a surprising concept. After all, a new hack is being deployed to businesses, organizations, or individuals every 39 seconds. Many people can recognize a “hack” email and know to avoid it, but a social media hack, now that’s a new beast. 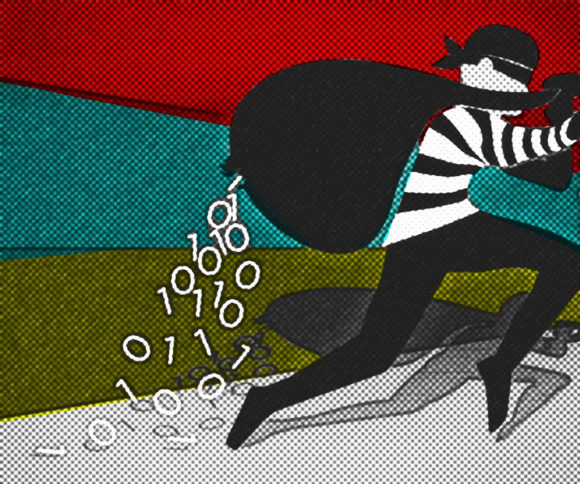 In recent years, there have been several substantial data breaches. From LinkedIn’s 2012 attack that leaked out email addresses four years later in 2016, to Facebook’s major breach in early 2018, also in 2018 when Instagram users were locked out of their account… the list goes on. If you’re fascinated with these hacks, here’s a list of some of the top social media hacks that happened in the past few years. And these are just the big ones that get a lot of notoriety and press! There are so many smaller hacks happening on a daily basis, actually 44 records are stolen per second, to be precise.

According to Statista.com, 81% of the US population have at least one social media account. With that sort of reach, and that number likely to continue growing, it’s no surprise that hackers have found a new playground to wreak havoc.

Hackers are always looking for new ways to hack people. While there will likely always be the blatant obvious attempts, social media hackers are getting smarter. Now, hackers are hiding their attacks within apparently “innocent” social media posts. This is exactly what happened at the Pentagon in 2017. One worker clicked on a Twitter link that advertised a family-friendly vacation, and in one fell swoop, Russian hackers had the access of a Pentagon official’s computer. 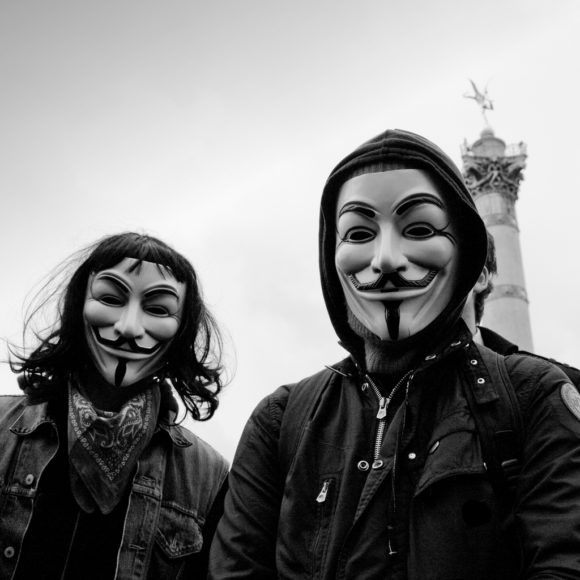 Why Social Media Is the New Target

As written by Sheera Frenkel from the same New York Times article as the Pentagon hack above, “the human error that causes people to click on a link sent to them in an email is exponentially greater on social media sites… because people more likely consider themselves among friends.” By having a scam where people don’t expect it, they are less wary of a potential attack, so they don’t see the warning signs. Most people just use their social media to keep up with family and friends, and don’t see their profiles as valuable information goldmines. Hackers can use your contact list to reach new people, they can use your interests or habits to target email phishing scams, or even see your browsing or shopping history.

Oftentimes people think, why would anyone want to attack me? The reasons for why hackers hack can vary greatly, from ransoms to simply getting revenge on someone who made them mad. Here’s a more detailed chart from Raconteur that explains why hackers hack: 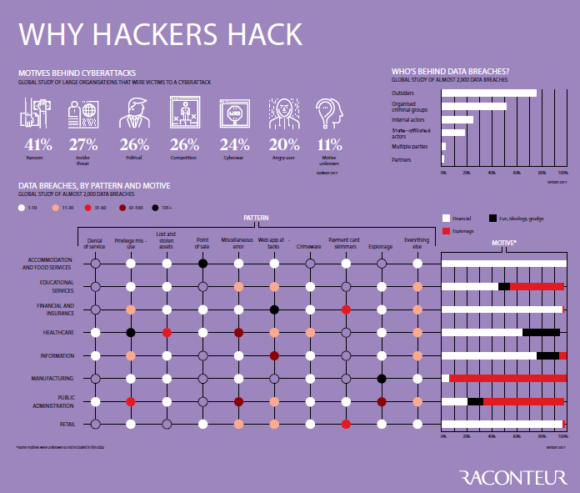 Why You Should Secure Your Accounts

While your Instagram profile filled with pictures of your adorable dog may seem innocent enough, protecting your data and online identity with a secure password can prevent a not-so-cute social media attack. Creating unique and secure passwords is the best way to secure your accounts. We know it is a lot to keep track of, but if you want your social media and other accounts as secure as possible, use a different password for every account. That way, if one account is hacked, the others will remain secure. Make sure each password has a combination of letters, numbers, and punctuation symbols. If you’re having trouble coming up with a “random” enough password, do a search for online password generators. Another great way to secure your accounts is to enable Two-Factor Authentication wherever possible.

Want to learn more about protecting your organization’s social media? Reach out to us on Facebook, Twitter, or if you’re suspicious of social media now, we still have a landline at 248-687-7888.