Detroit Future City is a local, nonprofit think tank, policy advocate, and innovation engine. Their offices are in downtown Detroit, right in the center of the action, making them ever-aware of Detroit’s successes and (re-)growing pains. With priorities like Community & Economic Development and Land Use & Sustainability, DFC transforms the visions of the Strategic Framework into reality.

Media Genesis has been working with Detroit Future City for a number of years on projects ranging from website design and rebuilding to branding and marketing initiatives.

From 139 Square Miles to Growing the Middle Class

After the successful collaboration between DFC, Media Genesis and other stakeholders that led to the release of the 139 Square Miles Report, DFC reached out to us to help them produce their next publication, Growing Detroit’s Middle Class: The opportunity for a prosperous Detroit.

Work started in 2018 and continued into 2019 for this project. By working with a team of stakeholders from the inception of the project, we helped to create the visual identity for this report. In developing both the print and digital presentation, we considered both the brand identity of Detroit Future City as well as 2017’s 139 Square Miles Report, to create an organic feel to Growing Detroit’s Middle Class: The opportunity for a prosperous Detroit that upon first glance, not only draws in the reader, but places it firmly inside Detroit Future City’s other publications.

Within this project, we utilized our design team to build graphics, create page layouts, color palettes and coordinated printing. Our Project Management and Account teams worked hand in hand with our designers to then create wireframes and finished digital designs complete with motion graphics and interactive elements that encourage the user to be an active participant in investigating the findings of the report. The report will be made public in mid-February, 2019. 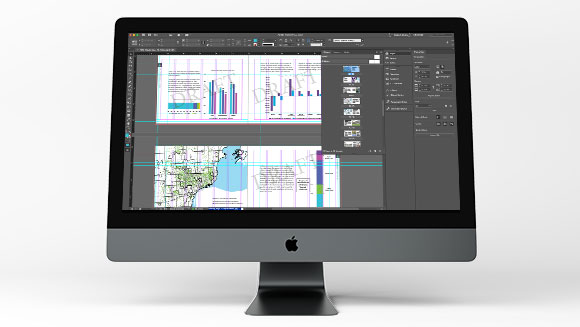