In late 2018, Hyundai Mobis reached out to Media Genesis to re-imagine recruitment tools. After initial conversations and a review of the current outreach materials, Media Genesis conducted an intake meeting. At that meeting, Hyundai Mobis was presented with a plan of action that included a focus on their values and history aimed at enticing younger prospects to Hyundai Mobis.

Our team of in-house copywriters and designers worked collaboratively to develop a recruitment brochure. This process began with an ideation phase, which saw a project manger bring together the team and decide on a tone and feel for the collateral. Once this was decided upon, the copywriter created content as the designer began layouts. This simultaneous process, possible because of our in-house team, allowed for a faster turn around and client approval process.

Utilizing the tone and graphic elements of the recruitment brochure, Media Genesis developed a motion graphic that utilized our copywriting, design, and video production teams. For the video, Design took the lead, creating a storyboard for the copywriters to build the script. Once the script was approved by Hyundai Mobis, our video production team recorded the voice over track and then created the finished motion graphic. 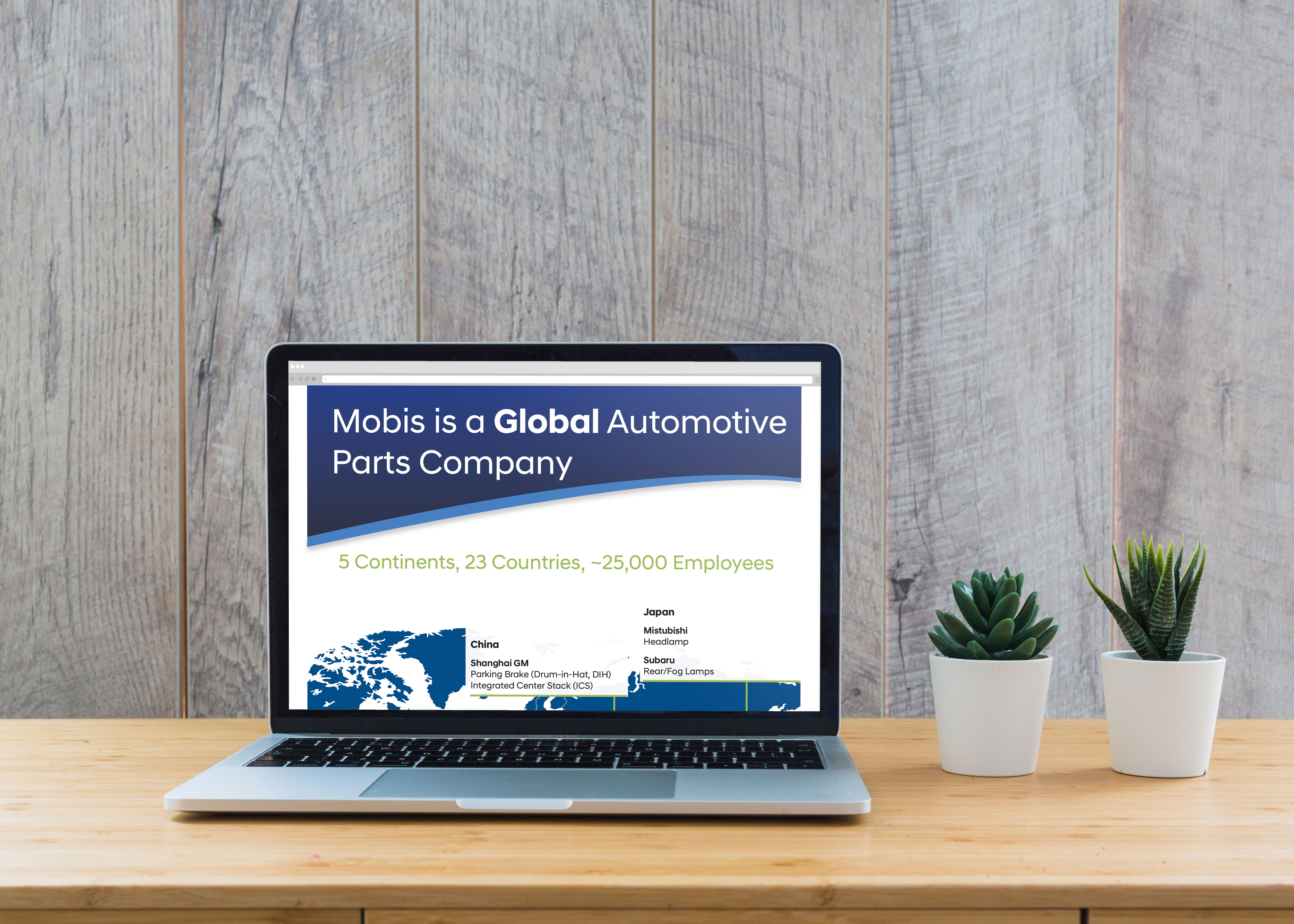